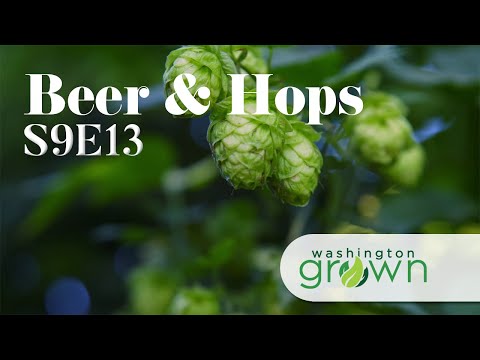 “...we are building here something that is going to do a great amount of good for this Nation through all the years to come.” - President Franklin D. Roosevelt

The largest hydroelectric dam in North America, Grand Coulee Dam, is a marvel of modern engineering. The dam provides Washingtonians with countless benefits, including irrigation, electricity, infrastructure and flood control. It was built to provide power to the growing economy of Washington state, and it has been doing exactly that since its completion in 1942.


Grand Coulee Dam stretches 5,223 feet (nearly a mile) across the Columbia River and stands 550 feet tall. It has enough concrete to wrap a sidewalk around the Equator, twice, making it the largest concrete structure ever built until 2009. The dam provides irrigation for over 680,000 acres of land and creates more than two-thirds of the region’s electricity. Lake Roosevelt and Banks Lake reservoirs can hold up to 9.5 million acre-feet of water—providing water to over 10,000 farms, irrigating $2.9 billion worth of crops, producing more than 21 billion kilowatt-hours of power, and supplying electricity to over 2 million households each year.


At the height of economic uncertainty and record unemployment during the Great Depression in 1933, newly elected President Franklin D. Roosevelt created the New Deal, a massive public works project aimed at getting America back to work. A large part of this infrastructure bill was the creation of the massive Grand Coulee Dam, powered by the raging Columbia River. The dam was finished on time and under budget— eight years and $300 million, or almost $5.5 billion today. It employed around 8,000 people. By harnessing the power of the river through the dam’s six huge turbines, an irrigation project known as the Columbia Basin Project would turn the dry, barren Central Washington desert into thriving cropland.


Hydropower is one of the best sources of renewable energy in the world. The mechanics of hydroelectric dams are simple. Gravity allows water to flow through pipes in the concrete and up into steel turbines. The natural force of water spins the turbines, producing electricity via generators that store the power for later use. Enormous transformers and power lines stretch from the dam for hundreds of miles to provide the region with power. In order for farmers in Central Washington to reuse the water for irrigation, some of it is pumped uphill by the John W. Keys III Pump-Generating Power Plant into a canal, flowing into 27-mile-long Banks Lake Reservoir, and then onward into thousands of miles of irrigation canals criss-crossing the desert.


Hydropower creates inexpensive electricity for consumers, and Washingtonians enjoy some of the lowest energy bills in the country. Another benefit not often associated with the power of Grand Coulee Dam is the internet. Because of the availability of cheap power, tech giants like Microsoft, Yahoo and Dell have established server farms in towns like Quincy to run their cloud networks and search engines. As the demand for new tech grows exponentially, the demand for cheap electricity also grows, bringing more business to communities surrounding Grand Coulee Dam and the dams of the Columbia River. It is imperative to continue supporting Washington’s economy and farmers with renewable energy and irrigation to encourage growth and prosperity for generations to come.